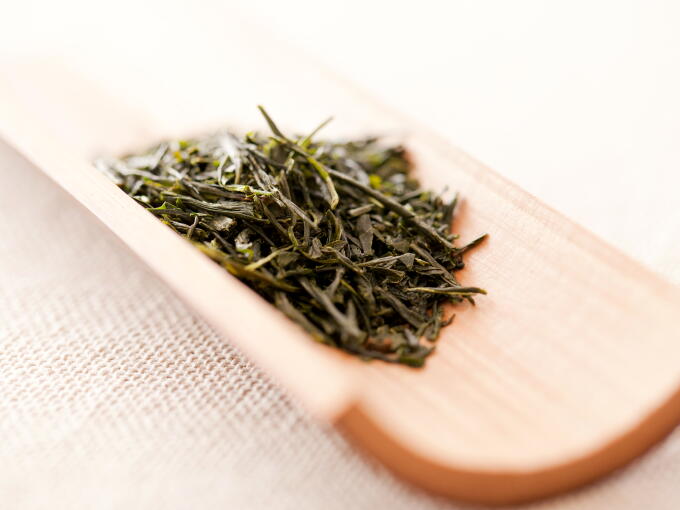 Tea has a long and interesting history to it. In this article we look at the history of Sencha Green Tea Among the types of Japanese green tea prepared, “sencha” is distinguished from such specific types as gyokuro and bancha. It is the most popular tea in Japan, and represents about 80 percent of the tea produced in Japan. The flavour depends upon the season and place where it is produced, but it is considered that the most delicious sencha is that from the first flush of the year, the shincha “new tea.” The shincha season, depending upon the region of the plantation, is from early April to late May (around the 88th day after the spring equinox).

It is considered that the ideal color of the sencha beverage is a greenish golden color. Depending upon the temperature of the water in which it is decocted, the flavour will be different, and this also is the appeal of sencha. With ”not quite boiling water”, it is relatively mellow; with hot water, it is more astringent. Unground tea was brought from China after matcha (powdered green tea). Some varieties expand when steeped to resemble leaf vegetable greens in smell, appearance, and taste.

The process by which sencha and other Japanese ryokucha (green tea) is created differs from Chinese green teas, which are initially pan-fired (and could probably, therefore, more accurately be called “roasted” teas). Japanese green tea is first steamed for between 15–20 seconds to prevent oxidization of the leaves. Then, the leaves are rolled, shaped, and dried. This step creates the customary thin cylindrical shape of the tea. Finally, the leaves are sorted and divided into differing quality groups.

The initial steaming step imparts a difference in the flavour between Chinese and Japanese green tea, with Japanese green tea having a more vegetal, almost grassy flavour (some taste seaweed-like). Infusions from sencha and other green teas that are steamed (like most common Japanese green teas) are also greener in colour and slightly more bitter than Chinese-style green teas.
Sencha in Japan is drunk hot in the cooler months and usually chilled in the summer months.